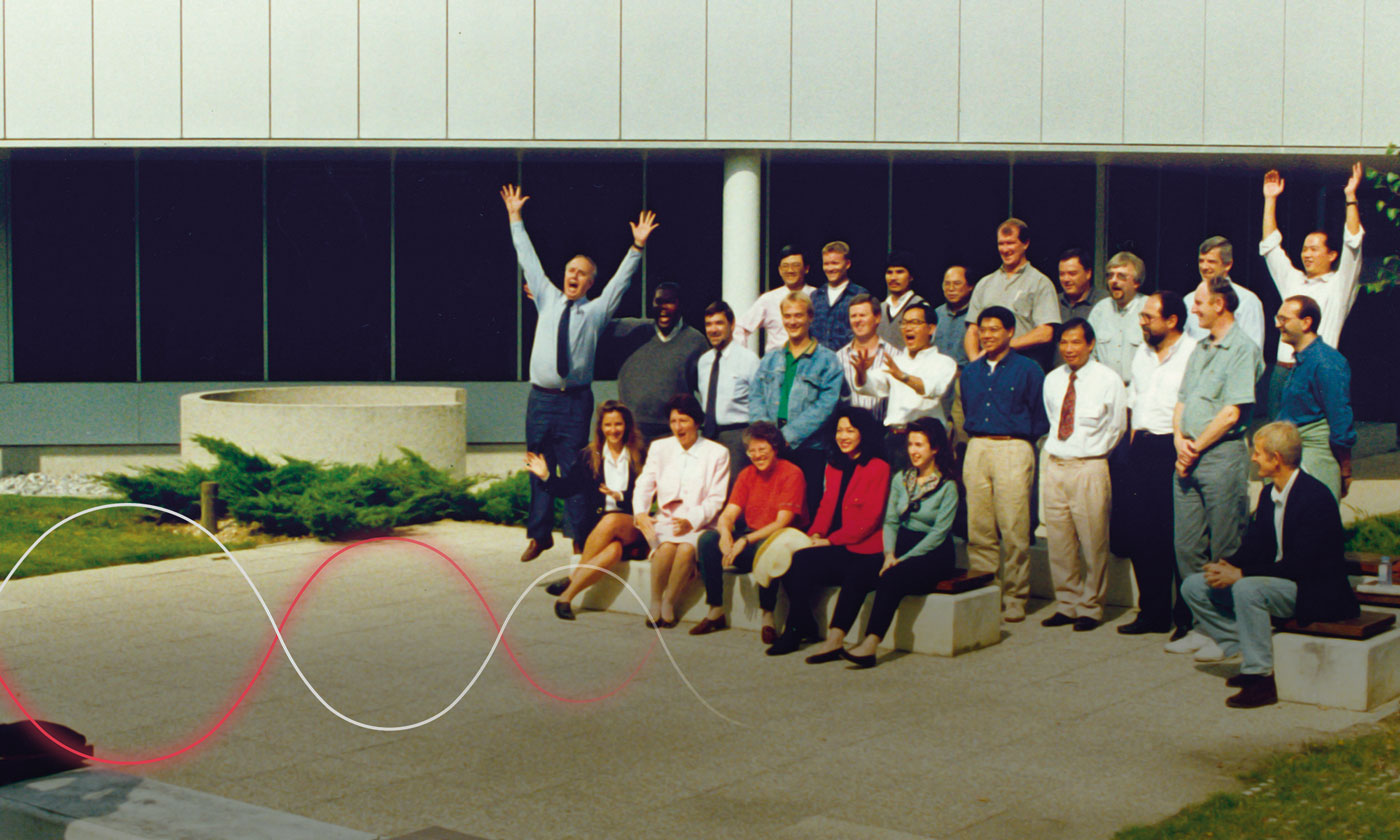 With increasing resources pointed toward research and a new doctoral programme, INSEAD entered the 1990s as a fully-fledged management institution. The mix of consulting, research and teaching produced successes – confirmation that pushing on all three fronts produced a vital synergy.

The early 1990s were also marked by geopolitical upheaval. The fall of the Berlin Wall shifted the balance of power and opened opportunity in Europe, while the Gulf War plunged much of the world into recession even as economies in Asia opened.

INSEAD weathered the storm by focusing on core academics – teaching and research – and looked to define itself in a new era of global markets. This international approach became more apparent in 1991, when INSEAD stopped using the full formal name Institut Européen d’Administration des Affaires.

This implied that INSEAD was no longer content to be defined as a European business school, the signal sent at a time when the world was embracing globalisation.

Following the first PhD graduation in 1994, the first six INSEAD graduates of the doctoral programme joined top schools. The programme saw early success due to high-quality doctoral candidates and attentive faculty. Even today, INSEAD awards PhD degrees to a small number of academics who are committed to pursuing relevant and timely research with big impact.

By 1994, INSEAD was the largest provider of executive education in Southeast Asia, with courses held in various facilities across the region. To truly go global, INSEAD had to produce knowledge and continue to make it relevant to businesses operating in an increasingly volatile and global marketplace. Such a strategy depended on staying close to business.

Executive education could better serve demand in Asia with a permanent physical presence. In 1998, the board voted unanimously to build an equal-status campus in Singapore and the school broke ground on the new campus the next year.