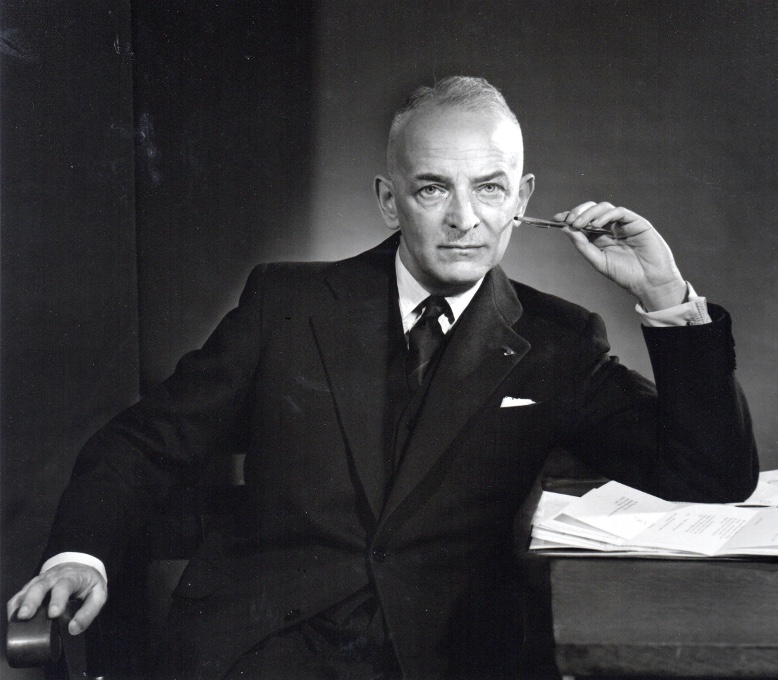 As we celebrate the 60th Anniversary of INSEAD we especially remember General Georges Doriot, INSEAD’s founder. The principles, on which INSEAD was founded, following Doriot’s proposals, have always been respected and the success of INSEAD is a testimony of Doriot’s remarkable vision.

I first met Georges Doriot very briefly as early as 1951 when I went to Boston to see HBS. I was also trying to write a report on the use of French engineers in UD companies and somebody advised me to meet with Georges Doriot.

Later I was his MBA student in 1955 at Harvard Business School, and we became and stayed very close friends until the end of his life. Georges and Edna Doriot’s home became like another home for me. They were a wonderful couple.

I was in permanent contact with Doriot after taking his course, and the decision to create INSEAD was made only two years later.General Doriot had a tremendous impact on me and I was fascinated by Doriot’s idea to create European Business School, and of his drive to looking into future

Doriot wanted to create a European (not French) business school similar to HBS, although different and sold the idea to Jean Marcou the then Chairman of Paris Chamber of Commerce and Industry, who became the founding Chairman of INSEAD. I also knew Jean Marcou very well as his son was a good friend of mine, which of course, helped when during the preparatory work for the creation of INSEAD  I had to go and see him on behalf of Doriot.

Georges Doriot had excellent contacts on both sides of the Atlantic, and as he was in Boston, I became his right hand in France to ensure that the Business School project was advancing, and to keep in close contact with the Paris Chamber of Commerce and Industry, the French administration and the heads of French corporations willing to support this project.

Then General Doriot and I were constantly working together already in 1957, by phone, and meeting often in Boston and sometimes in Paris.

Having noticed that the second year at Harvard was not as intensive as the first year, we came to the conclusion that it was more interesting for the students to have a one year MBA and also not to be so long away from work, so the decision was made for one year MBA programme. Doriot wanted the school to be European and it was decided that the teaching would be given in three languages, French, English and German. This was particularly appreciated as Europe had suffered a heavy war, and the first students came with this great feeling of a better future and no more war between us. The school was named Institut Européen d’Administration d’Affaires, INSEAD.

Doriot thought the school should not be in Paris as students would not work having so many attractions. We had to find a place outside Paris. In the Fontainebleau Castle’s side wing there was an art school in the summer, so we asked the French Minister of Culture André Malraux if we could use it in winter. The Minister was flabbergasted and said no! “A Business School in a National Monument”! But we did not give in and went back to him telling that Business is an Art! So he roared with laughter and said fine, go ahead you can do it. So far so good, but we still had to hire also the professors who were all part time as we hardly had any financial means.

In September 1959 INSEAD was finally ready to open, making also innovating history among Business Schools. Why INSEAD was so special, so different, so ahead of its time ?

INSEAD was the only Business School with one year MBA programme,

INSEAD was the only International Business School with three languages requirement,

INSEAD was the only Business school completely independent receiving no Government or a University subsidy, allowing it to make rapid decisions, as the creation of Singapore and Abu Dhabi campuses, and  a new technologies hub in San Francisco.

INSEAD is the only Business School born in a Royal Castle, giving it its nobility from the start.

Georges Doriot was a man who looked forward to the future which he hoped would be better for everyone. He stressed hard work, self-improvement, leadership, creativity and other common sense virtues.

Until the end of his life, Doriot took a keen interest in the School’s development, lecturing the students about once a year, giving ideas to successive chairmen and deans, but as always without interfering.

The same way he considered that the Venture Capitalist investor should always be on call to advice, to encourage and help to build. As he did with the companies he helped to start up, like Digital Equipment founded by Ken Olsen who stayed always very close to Doriot.

When INSEAD had decided to build a library I called Ken Olsen telling him: “There are two outstanding successes in Doriot’s life: Digital and INSEAD. You make the money, we need the money”. Digital made a gift of 2 million $ for the library.

INSEAD is very close to business and Entrepreneurship has always played a great role and a lot of INSEAD alumni have created their own companies all over the world. It would be with great pleasure and pride that Georges Doriot would have contemplated the innovative and entrepreneurial successes and achievements of INSEAD alumni, confirming, that the school has achieved what it was founded for.

Doriot’s advice to students and alumni: “Always look in the future, be constructive and ambitious, have very high moral standards, have courage in facing difficulties! “

This advice I think should apply also to venture capitalists of today!