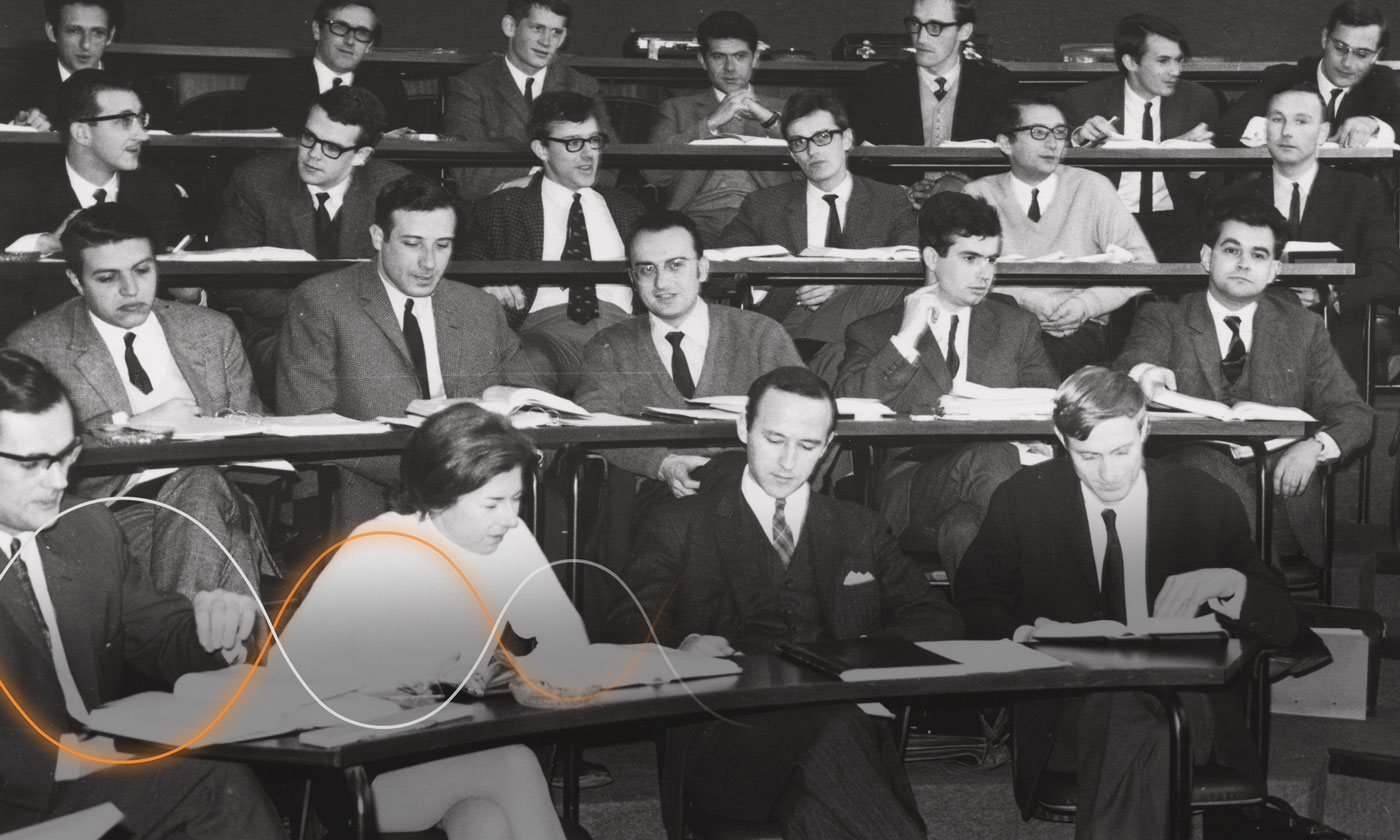 Founding decisions and policies gave form and function to radical ideas at INSEAD. Like all underfunded and unknown ventures, dedication and hard work were needed. This came from faculty, administrators and even early participants. The looming question in the 1960s was consistent with all start-ups — would the entrepreneurial effort work.

At first, growing the new school was the goal. The immediate priorities were to introduce INSEAD to prospective applicants, collaborators and sponsors, and establish a sustainable revenue stream. Everyone worked together as a team, and the results ignited European and US media attention. This exposure significantly increased the visibility, legitimacy and financial sustainability of INSEAD.

Those who study and learn at INSEAD have been the school’s most persuasive and engaged ambassadors. The first graduates founded the INSEAD Alumni Association. Early graduates also served as recruiters, promoting INSEAD in their home countries and places of work.

At this time, founders and administrators had secured sponsorship from 17 European companies, multinational company IBM and the Ford Foundation. The first chaired professorships sponsored by these companies were an important source of funding for the school. These successes encouraged creativity and boldness, fuelling the school forward.

In 1965, INSEAD broke ground on a dedicated campus in Fontainebleau and the first classes were held there in 1967. The state-of-the-art facilities featured classrooms and campus spaces encouraged interaction, and workspaces allowed for work in isolation, but with the steady hum of background activity.

It was not just the facilities that broke new ground that year. In 1967, INSEAD welcomed the first women into the MBA programme, joining a small movement of schools advocating for women in management education.

The new campus also gave INSEAD space to pioneer executive education. Given its proximity to business, INSEAD was ideally suited to meet this need. In 1968, executive education formally launched with our first four-week Advanced Management Programme.

Around this time, INSEAD also began to build a faculty of professors who wanted to join a perfectly international school and make their mark, entrepreneurial faculty members with practical experience and the desire to establish new ways of thinking.