Decades
1980s - From Institute to Institution 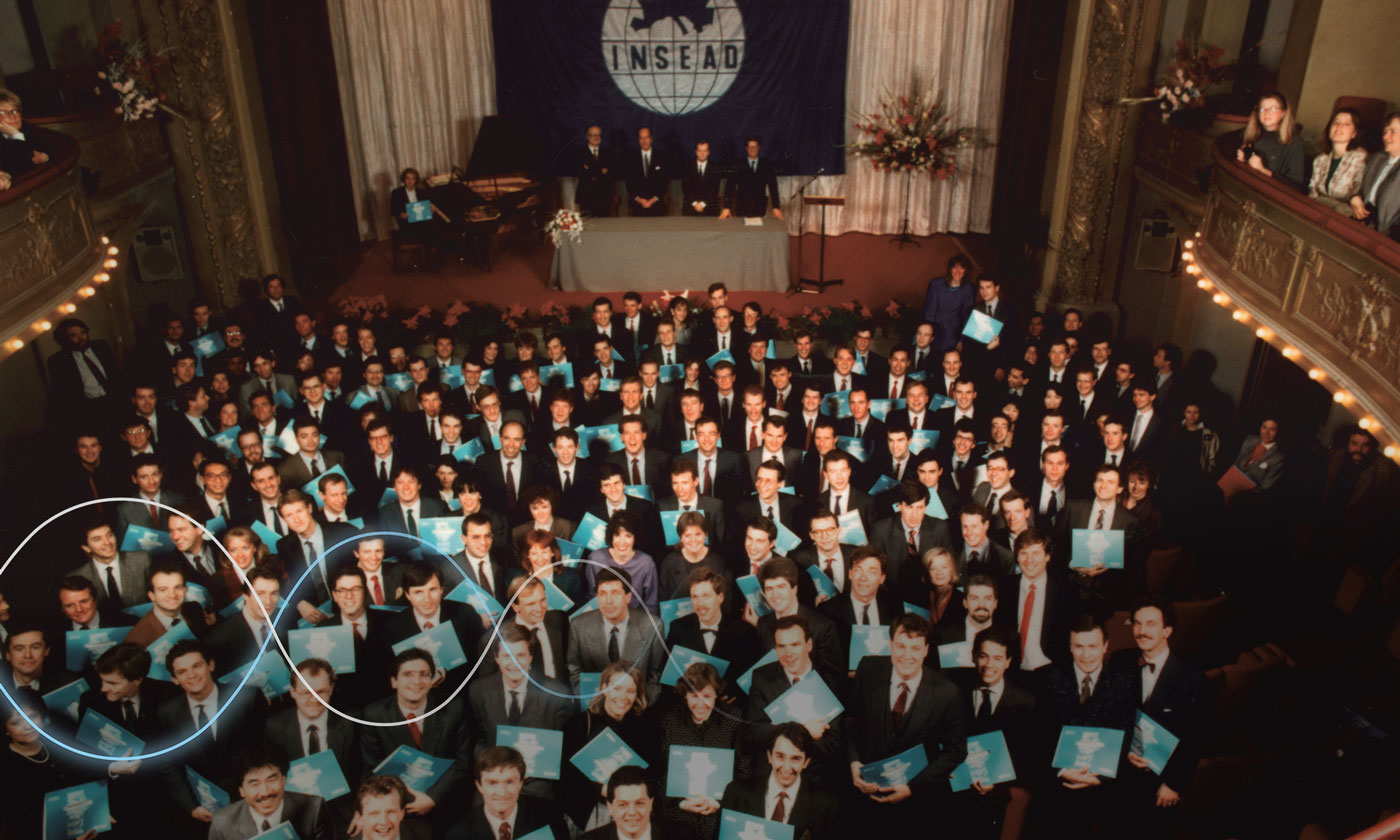 INSEAD entered the 1980s with a highly regarded MBA programme, an impressive faculty body, a robust infrastructure, a reputation for excellent teaching and credibility that spanned European and US business communities.

The next challenge was to evolve from a ground-breaking business school into a world-changing, comprehensive management institution. Such a challenge raised several questions.

The solutions were distinctively INSEAD.

The addition of the second intake for the MBA programme in 1983 helped the school grow and provided distinct benefits. Potential students had more choice, professors had more flexibility, and class size was able to scale up to meet demand.

In 1984, President of France François Mitterrand hosted the European Summit at the Château de Fontainebleau. Mitterrand asked INSEAD to host the press corps and the school agreed, offering facilities for press conferences and events. At a press conference in Amphi A, leaders announced the date for the Single European Market and unveiled the first European passport. This put a spotlight on growth in Europe and generated significant interest in INSEAD.

Throughout the decade, the connection to Asia grew stronger. INSEAD decided to erect a new building for the Euro-Asia Centre, which became a base of operations for expanding executive education in Asia.

Demand for company-specific executive education also exploded, increasing the number of case studies produced and positioning INSEAD as a leader in research on multinational companies.

In 1988, the INSEAD Board of Directors voted to launch a doctoral programme and the first six PhD candidates, each representing a different nationality, enrolled the following year.